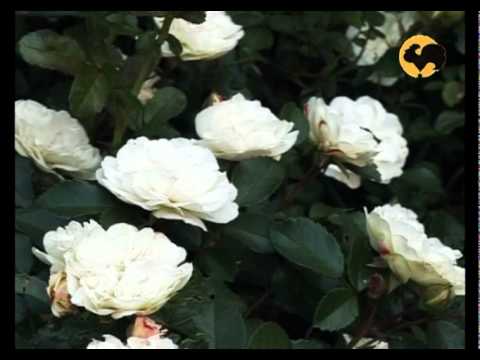 Roses are not for nothing considered to be the "queens of flowers." Thanks to the natural diversity of the forms and the breeding work that has not stopped for centuries in breeding new, unique hybrids, anyone can choose the culture that will occupy a worthy place in any garden or room greenhouse. The modern rose classification approved by the WFRS was replicated in 2000.

Rose classification by origin (with photo)

The division of varieties of roses into groups, the number of which is almost impossible to calculate, has a practical meaning. About 40 000 varieties of roses, bred over the past two centuries, are grouped according to characteristic features. The classification of plants according to the origin of roses has developed historically.

For example, there are hybrids of Gallic roses, Portland roses and rose hybrids multiflora.

These photos show roses representing different groups in the classification:

For an amateur gardener, this order does not mean anything. Therefore, for modern roses, a classification system has been developed, based on the principles of application of each group in the garden. When a lover hears names «Miniature rose"Or" winding rose ", he can imagine what is at stake. It should be remembered that such a division is very conditional. This means that a curly rose with an elastic stem can turn into a ground cover if it is not tied up, and a wildly growing climbing rose as a result of improper pruning and climate influence can become a cluster. There is no strict framework. And sometimes the results of external influences are generally unpredictable.

Further, the external structure of the rose is considered in detail and a diagram of the rose bush is presented.

The rose is a woody shrub with many shoots. The bush does not have a dominant central shoot, but consists of several main shoots, which, in turn, form subordinate. The latter are especially important for once flowering varieties, because they bloom.

The shoots and stems of some varieties are covered not with thorns, contrary to popular belief, but spiked, and the intensity of the “protective coating” differs from grade to grade. Spikes can be many and few. The shape and structure of the thorns of roses, as well as the size, are different - from miniature to very impressive.

The leaves are pinnate, that is, they always consist of an odd number of leaves. The varieties that are grown today mostly have five plumose leaves each, and wild varieties, depending on the species, from 7 to 9, or even to 15. The structure of the leaf of a rose is as follows: in the bosom is the base of the leaf - the lower part of the leaf, ensuring its connection with the stem. There is a kidney. It sprouts, which allows the bush to become more branchy.

As for the building rose flowerthen it consists of sepals, petals and carpels. The standard number of petals is five. The number of double petals in most cases is impossible to determine, since this is often hampered by the often encountered intermediate forms, a cross between a petal and a stamen.

The so-called fruit is false. And only the grains inside it are genuine fruits. Botanists call them nuts.

This photo shows the structure of the rose fruit:

Selection rose consists of two parts: the roots, up to the root collar, form a "stock". Hybrid tea varieties are grafted to the root neck. But in the root-own roses the main stem is a component of the stock.

The above-ground part of the rose bush, due to which, in fact, grow these plants, forms a grafted variety. The stock is formed from selected types of wild rose (wild rose), which propagates by seed.

This breeding method was developed in the middle of the XIX century. simultaneously in two regions of Germany: Schleswig-Holstein and Saxony. Since then, this technology is based on the mass cultivation of roses. Most of the stock types still used today were selected by breeding about 100 years ago. As a rule, rose lovers do not attach much importance to what sort of plant to which planting stock, as the stock does not have a special effect on the graft.

The aboveground and underground parts of the own-rooted rose are a single organism.

Look at the structure of the rose on this diagram:

Some roses propagate by cutting or in sterile conditions, that is, in test tubes. This method is often used in growing ground cover and miniature roses, in particular potted roses, which today can be bought at any flower shop.

The dog rose or wild rose also belongs to the rooted. This plant is propagated by seeds. You can learn it by the absence of vaccinations on the root neck.

If you extract the plant from the ground, you can see that root system of rosesgrown by cutting, looks much sleeker. It has less skeletal roots and much more lobes. These tender roots dry very quickly in the air, therefore, as a rule, these roses are sold in pots or containers. The advantage of roses grown by the method of cuttings, is that without rootstock root growth is not formed.