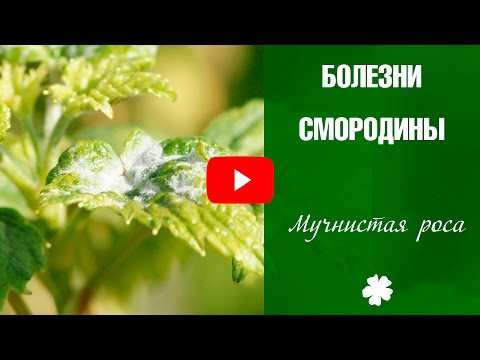 Red currant pests and diseases cause damage much less frequently than black and white. But this does not mean that it is not necessary to carry out protective measures. The spread of infections and insects contribute to wet weather and excessively dense plantings. And if you are not able to influence the precipitation, then thinning the bushes is quite a feasible task.

Before treating currants (Ribes) from pests and diseases, review their descriptions and see what pathogens look like in photos.

To prevent the conservation and spread of pathogens, it is important to collect and remove fallen leaves from the garden. In the spring, before bud breaks, it is necessary to spray currant bushes from pests and diseases, and also to spray the soil under them.

To do this, use 3-4% Bordeaux mixture or 1% copper sulfate, can be treated with urea. Repeated treatments are carried out with copper-containing preparations through 2 weeks after flowering and after harvesting.

On this page you can read the description and photos. diseases and pests currants, as well as learn about how to protect plants in the garden.

The causative agent is a mushroom Sphaerotheca morsuvae. On young leaves in the beginning of summer a dense white felt patina appears. Over time, the raid becomes gray, in it dotted fruit bodies form during the hibernating stage. Affected leaves dry up, and shoots are severely deformed.

Protection measures Collect plant residues. To treat this disease of currants, spray the bushes at the first symptoms with one of the drugs: “Fast,” “Ray,” or “Tiovit Jet.”

The causative agent is a mushroom Botrytis cinerea. In the years with an abundance of precipitation, large brown sprawling spots appear on the leaves without edging, which dry and crack. Flowers, berries and young shoots are affected, entire branches often dry out. The affected tissue develops smoky gray sporulation of the fungus. Infection persists in plant debris and in affected shoots.

Control measures. Collect plant residues, thin out plantings. To treat currants from this disease, spray the bushes with “Skor” or “Rayok”.

It affects the leaves of currant. Leaves form small brown spots. With a strong lesion stains merge, the lamina is curled, the leaves fall. On the spots the sporulation of the fungus occurs.

Decorative effect and yield of diseased bushes fall sharply. The first signs of the disease appear at the end of flowering, the disease develops as much as possible by the beginning of August, especially on old leaves. Over the summer, several generations of the pathogen develop.

Protection measures To combat this disease, currant planting should not be too thick. It is important to remove fallen leaves, where the pathogen overwinter. In the spring, before bud breaks, a spraying of copper sulphate or 5% urea is eradicated.

Subsequent treatments are carried out with copper preparations through 2 weeks after flowering and after harvesting.

The causative agent is a mushroom Septoria ribis. Small, round or angular, red-brown spots appear on the leaves, gradually lightening in the center and bounded by a red-brown border. In the necrotic tissue, dotted fruit bodies of the hibernating stage are formed, the affected leaves turn prematurely yellow and dry. R

asthenia lose decorative effect. The disease is most pronounced in the second half of summer. The causative agent of the disease remains on plant debris.

Control measures. Collect plant residues. An effective way to treat this disease of currants is spraying the bushes with Bordeaux mixture or its substitutes. This should be done before bud break and after picking berries.

The causative agent is a mushroom Sopagtium ribicola. It hibernates and develops on the Siberian cedar and the Weymouth pine, and in the spring it infects the berries. On the leaves, yellow-brown spots appear on the upper side, and bright orange, gradually turning brown sporulation develops on the lower side. Affected leaves fall prematurely.

Control measures. Do not place the planting currant near coniferous plants, spray bushes Bordeaux mixture or its substitutes during the period of blooming of leaves and after picking berries.

Currant pest control: photos and how to spray the bushes

Currant mite bud (Cecidophyopsis ribis) - sucking pest. You can see it only under a microscope. It feeds and develops inside the black currant buds, causing them to swell.

In the damaged kidney, they overwinter up to 3000 ticks and larvae, which are settled in the next buds in spring. Deformed buds do not bloom and dry out, that the kidneys damaged by ticks have a strong effect on the yield of bushes.

Control measures. To treat currants from these pests, spray the bushes when awakening the buds and before flowering the fitoverm, fufanon, aktellik, kemiphos.

In spring, during the flowering of the black currant, bright red stray larvae hatch from eggs, which crawl and stick to the bark. After two months, the females are covered with shields and at the end of July they start laying eggs. With a large number of young shoots of bushes dry out completely.

Protection measures. To combat these currant pests, sprays in the spring along larvae-vagrants by fitoverm, fufanon, kinmiks, aktelik, aktar, and spark.

As seen in the photo, the female of the currant pest is convex, rounded oval, red-brown in color:

It is immobile, tightly attached to the bark of branches, lays up to 2800 eggs. The male is covered with white bloom, flies well.

Older stray larvae hibernate on the branches, and in the spring move to young shoots and feed on tissue sap.

Aphid leaf gallic, or redcurrant gall aphid (Cryptomyzus ribis) - small insect of yellow-green color. Aphids sit in colonies on the underside of leaves and feed on tissue sap. On the upper side of the leaves are formed numerous hilly red-brown galls.

Eggs overwinter on the buds around the buds, in the spring the aphids feed on young leaves. With a large number of insects, damaged leaves dry up prematurely. Damaged plants lose their decorative effect, their yield decreases.

Control measures. To protect the currants from these pests, spray the bushes when budding and after flowering with the appearance of galls with one of the following preparations: Kinmiks, Fufanon, Inta-Vir, Aktellik, Iskra, Aktelik.

on Facebook
Twitter
In contact with
Google+
SIMILAR ARTICLES:
Red currant: description, breeding and best varieties
Diseases and pests of pear: description and measures for the protection of trees
Honeysuckle: a description of varieties and secrets of cultivation
Pests and diseases of Chubushnik