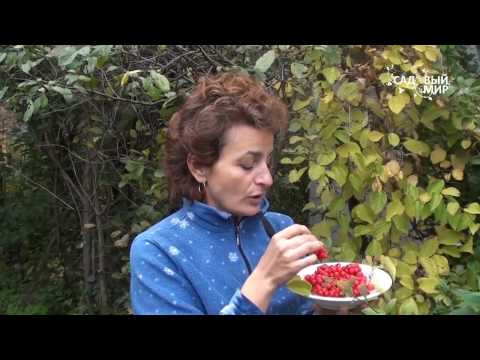 Schizandra Chinese - A plant of the northern regions, which means that it is quite resistant to frost and unstable temperatures in the spring and autumn period. One of the characteristic features is twisting the vines into a spiral in a strictly clockwise direction. Like other types of vines, this culture is often used for vertical gardening: they are surrounded by arches, pergolas and gazebos.

On how to grow Chinese magnolia in the country, you will learn on this page.

The main thing when growing Chinese lemongrass in the middle lane is to take into account its requirements to the growing conditions in natural conditions. It should grow along the “belt” in constant shade, and “head” in the sun, as in the Far Eastern forests.

The soil around the plant should not be heated by the sun, should not be trampled. She needs to be in a light, loose state and well moistened. In the garden, it can be a piece of land on the north side between the fence and the house, the barn, the shower, the toilet and any other structure.

When describing Chinese Schizandra, it is worth noting that the first 2-3 of the year after planting it does not lag, so do not get upset prematurely, it builds up the root system. And then it can give a run for a year to 2-3 m.

It lugs well on the mesh fence, blooms and matures in the sun. While the shoots did not reach the fence, they need a support, necessarily wooden. While the lemongrass stems are young, they may freeze on metal supports in the winter.

Lemongrass flowers are dioecious: either female, with a large greenish pestle in the center, or male, with 3-4 white stamens. There are dioecious and monoecious plants. Do monoecious on one plant is always those and other flowers. In dioecious - either only female or only male. There are plants that change the sex of flowers over the years.

Here you can see a photo of Chinese schisandra, with the biological description of which you have read above:

For the cultivation of Chinese lemongrass is most often used root shoots. It is necessary to dig it out carefully in order to damage the roots of the mother plant as little as possible. It is possible to replant both in the fall, and in the spring.

It is very difficult to grow Chinese lemongrass from seeds, because only freshly harvested seeds, that is, from the fruits of the crop of the current year, are viable. Subwinter crops in the open ground mostly give negative results. And for spring sowing the seeds must go through a difficult path of stratification (preparation).

Lemongrass seeds have been prepared for sowing since January. On 2-3 hours pour them with water, then washed through a nylon sieve, put in a saucer with water for four days. Water is changed daily. Then place the seeds on the nylon cloth, fold it in a bag and bury it in moist, roasted sand.

In the spring, seeds are sown in well prepared soil to a depth of 1-1,5, see. Sowing is watered, weeded and loosened. Not all seeds sprout in the first year.

There are cases of emergence of shoots for the second and even for the third year. Sprouts of lemongrass do not tolerate direct sunlight, so a light canopy of agrila or gauze is arranged over the shoots.

Even with good care, the seedlings of Chinese Schizandra grow very slowly, reaching the fall of the first year 5-6, see. At one place without a transplant, the seedlings usually grow 2-3 of the year.

Lemongrass can also be propagated by lignified cuttings of length 20-25 cm, which are harvested in the fall and stored in the basement until spring.

Plants grown from seeds enter fruiting season on 5 — 6-th year, and vegetatively propagated (cuttings, cuttings) on 3 — 4-th year. Interestingly, lemongrass shoots scroll on the trellis on 2-3 pcs. together and only the helix in clockwise motion.

Lemongrass is very responsive to the application of organic fertilizers, regular watering and compulsory mulching of the soil with sawdust, humus or leaf earth.

Pruning of vines is carried out in the fall, when dried shoots and old branches are removed. Pruning is not recommended in the pre-spring time. In June — July, green shoots are pruned to thin the crown. All cut shoots are used for preparation of medical raw materials.

You can see how pruning is performed when growing Chinese Schizandra: on these photos:

Currently, there are no officially recognized varieties of Schizandra. However, the breeders described the variety “Garden-1”, the fruits of which ripen in August, contain sugar up to 6%, with the annual fruiting yield reaches 3-6 kg per bush.

In Moscow region appeared winter-hardy variety "Firstborn". Amateur gardeners have a number of promising yield samples. In the future they may be the source of the creation of new varieties of these valuable plants.

Lemongrass is a plant of integrated use - for food, medicinal, technical and decorative purposes.

The main methods of care for growing Chinese lemongrass are shown in these photos.: