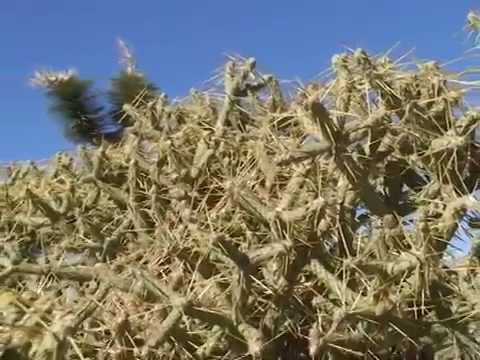 Homeland cactus - it is not always the desert, as is commonly thought. Most often they grow in wildlife in more suitable locality. Desert succulent species are more like dried spines, although life is still warm in their depths, which flourish with the penetration of life-giving moisture. In many cases, the birthplace cactus plants is the territory of modern Mexico and Colombia. Here and now there is a huge number of succulent species adapted to the hot and arid climate, in which periods of hot winds are replaced by rainy seasons.

About where are common cacti and succulents in wildlife and where they grow you can learn from the proposed article. It will give reliable information about the distribution areas of these plants.

The habitat of cacti and succulents in nature (with photos)

The natural habitat of cacti in nature is limited to the New World. Several species of ripsalis (Rhipsalis), growing in tropical Africa, Madagascar and India, could probably have been brought there by sailing ships or carried by birds. However, in America, cacti are mainly found only in arid areas. At the same time, two regions are distinguished by the greatest wealth of the species: the Mexican highlands up to Arizona in North America and the dry mountainous regions of the Andes from Peru to Argentina and southern Brazil in the South American continent.

Consider briefly the most important natural landscapes in which the cacti vegetation plays a significant role. Most of the desert are not home to cacti, because in the deserts themselves the plants do not grow; there is a small number of plant species only in specific places, in the valleys or at the foot of the slopes. Although among them there are also cacti, however, the number of their species is very small, and they are complex in culture, therefore they are not of particular interest for plant lovers.

A typical landscape with huge columnar cacti and prickly pears (Arizona, Mexican Highlands, Lower California or certain high-altitude valleys of the Andes in Peru), on the contrary, cannot be called a desert. The vegetation of these places is quite lush if there can grow, for example, multimeter columnar cacti with woody stems, in which hundreds of liters of water accumulate.

If succulents dominate in the plant community of a locality in nature, this does not mean a special lack of moisture in this region, but only that it comes very briefly and unevenly, which huge cacti do excellently, although their absolute need for water relatively large. Therefore, contrary to popular belief, such areas instead of deserts are better called dry cactus, spiny woodlands or at least semi-deserts.

In culture, these large cacti also need, at least from time to time, in abundant watering.

See what cacti look like in nature in the photo, where their most bizarre forms are illustrated:

Where cacti and succulents grow

Smaller globular cacti are also found in these thorny scrub, but an even greater number and variety of species, they grow in dry mountain areas: home to many Mammillaria is the Mexican plateau, and numerous species of Lobiv (Lobivia), Rebutia (Rebutia) and sulkorebuny (Sulcorebutia ) come from the highlands of the Andes. There are several places where cacti grow in various types of development.

In the drier steppes (campos) and savannas of southern Brazil. Uruguay and northeastern Argentina also have numerous species of small globular cacti, such as Notocactus (Notocactus), Gymnocalycium (Gymnocalycium) and Echinopsis (Echinopsis). They grow most often among high cereals, therefore they do not tolerate direct sunlight very well.

We also suggest finding out where the succulents grow and what conditions they need for successful development. Very different conditions, namely tropical rain forests live in the forks of trees epiphytic cacti, such as various types of ripsalis, “Christmas” (Schlyumbergera / zigokaktus) and “Easter” katusy (ripsidopsis), originating from the coastal mountain forests in the vicinity of Rio de janeiro. They are used to fairly uniform temperature and humidity. However, there is nothing surprising in the fact that cacti grow in such areas, because, after all, in very humid climates, epiphytes also have to be absorbed and, if possible, stored rainwater flowing fast along the branches of the trees.

The next, however, again very dry habitat of cacti are rocks or a thin layer of sandy soils only a few centimeters thick. It is from such places that the succulents growing in our country, such as stonecrop and young, originate.

Plants do not necessarily have to be always tied to their original habitat: epiphytes completely dispense with plants as a support and also grow well in the soil.

Rocky plants are absent in natural conditions in the best places only because with their slow growth they cannot compete with fast-growing, demanding species there. In culture, we can grow them in suitable substrates.

Based on the conditions of natural habitats, one can draw the following conclusions important for the cultivation of cacti: cacti are highly undemanding plants, which drought is unlikely to kill, but which, on the contrary, easily rot with constant overmoistening. With a lack of light cacti die very slowly, but ugly stretched. At low temperatures, cacti react depending on their origin is very different. If you do not adhere to their usual pronounced seasonal rhythm with a dry and cool dormancy period, then cacti, although they continue to grow further, do not bloom most often.

Many cacti in their homeland are endangered. The rapid growth of the population led to the introduction of more and more new areas to agricultural use, as a result of which many large natural habitats of cacti were destroyed. In addition, collectors and traders purposefully destroyed some of the natural growth of rare small species of cacti. Meanwhile, recently we have begun to pay more attention to the issues of nature conservation and the conservation of rare species of animals and plants. As a result, national and international laws were adopted, according to which the harvesting of cacti in nature and trade in such plants is either completely prohibited, or is possible only in very limited quantities under the strict control of the relevant environmental authorities.

True cacti lovers consider it their duty to preserve the natural habitats of these plants in their homeland. That is why we must learn to cultivate properly and - whether it be an amateur or a specialized gardening farm - breed cacti. If we manage to grow healthy, immaculate-looking plants with beautiful spines in our collections and gardening farms, then at the same time it will also contribute to the protection of cacti in their natural habitats.

Facebook
Twitter
In contact with
Google+
SIMILAR ARTICLES:
Growing and caring for cacti at home and in the greenhouse
How to care for cacti in spring
Strauss cleistocactus - simple care, beautiful view
What soil is needed for cacti and succulents